The Famous Monkey Island in Homosassa 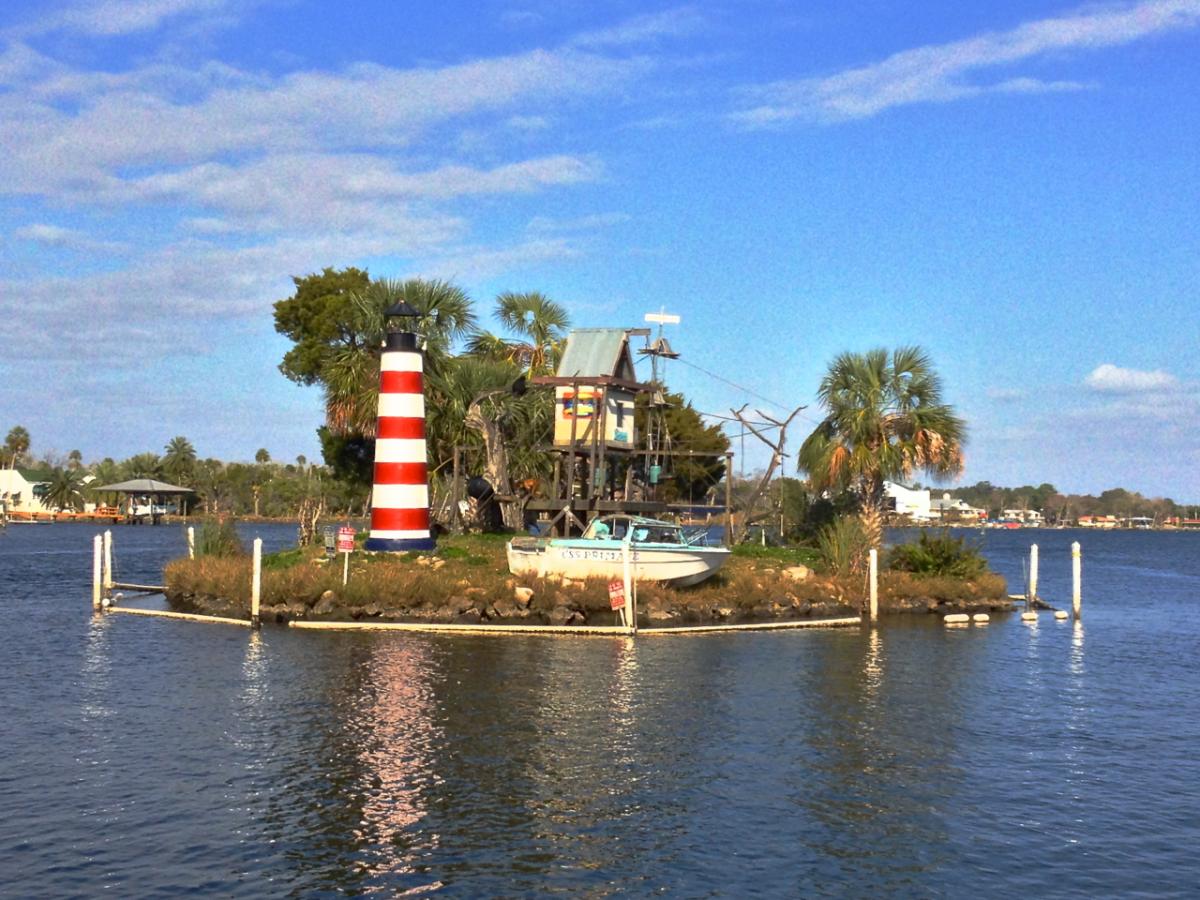 If you take a trip to 5297 South Cherokee Way in Homosassa, you’ll discover an unlikely group of friends that inhabit the famous Monkey Island in the Homosassa River. The popular attraction started off as a rock formation that was slowly transformed into a picturesque island with five curious spider monkeys that love their strange home. The monkeys themselves were research animals that were supposed to be relocated to the Ellie Schiller Homosassa Springs Wildlife State Park but ended up in what’s known today as Monkey Island.

Developer G.A. Furgason is responsible for most of Monkey Island’s features including its famous lighthouse before starting his business developing the Homosassa State Park. The park was supposed to home the spider monkeys, but Furgason became aggravated with the mischievous apes and stated that he wished he could send them off to Alcatraz! After realizing he had the next best thing close by, the developer decided to ship the monkeys to their new home on the island, instead, so they could all finally live in peace.

Today, Monkey Island is a popular attraction among tourists and locals as they can see the happy monkeys climbing walls and swinging from their favorite ropes. The surrounding water keeps them from trying to leave the island, although I don’t think they’d be interested in doing so, anyway. The Homosassa Riverside Resort is located at the southern shore, and its restaurant features a beautiful view of the river as well as the famous Monkey Island. If you want a closer look, you can always walk to the nearby dock and catch a glimpse of the monkeys playing around.

If you’re visiting and want to make some new friends, be sure to stop by Monkey Island in Homosassa! Let us know what you think of these curious monkeys by commenting below, and to find more things to do in North Central Florida, register on 352area for your free guide to this vast area.

Top Things to Do in Gainesville

Things to Do in Crystal River

The Famous Monkey Island in Homosassa