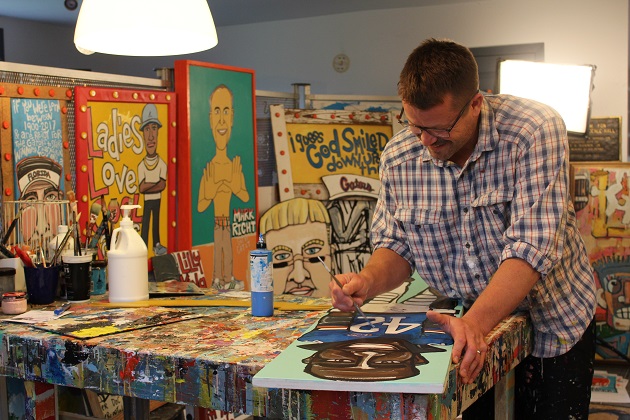 James Bates says his college self could not have envisioned his current life, but he’d be so happy with the result. Bates rose to fame as a former Florida Gators linebacker from 1992-1996 when the team won four consecutive SEC championships and their first national championship title his senior year as team captain. He never dreamed of the accolades and the rich professional and personal life that would follow. It's a life bigger than his college football days.

Since college, Bates has had a successful career as a sports commentator and is currently a color analyst on the ACC Network; he’s also a professor, documentarist, working artist and a busy husband and father to three active teenagers.

Bates met his wife Tina, an All American swimmer, his fourth day at the University of Florida and they’ve been together ever since. The three-time Emmy winning sportscaster is in his third semester teaching Play by Play, an on-air talent course for the College of Journalism and Communications at UF. It’s hard to know who is having more fun. Bates interjects his affable personality into teaching, and his students are equally enthralled. ”It was everything I hoped it would be and more,” said a recent graduate of his class.

Bates is much like his on-air persona. He has an enthusiasm for life that is infectious and a penchant for making things light-hearted He raises chickens and names his roosters after Will Ferrell characters. He’s had Ron Burgundy, and next will be Ricky Bobby. His current rooster is El Guapo. People are drawn to his fun-loving personality, and that includes his children. Youngest daughter Georgia, 14 says, “I’m glad I don’t have a normal dad.”

Bates is famous for his Spurrierisms and is in the process of a new documentary series about Head Ball Coach Stories. One of his favorites is a line that Spurrier himself likes to tell out of state recruits and one he told Bates as a high school senior, “You’ve got all these people that save up their whole lives, trying to turn 60 and move down to Florida and you have a chance to come right now.” Bates was sold and left his hometown of Sevierville, Tennessee.

Bates says he would also caution new recruits to “Remember this is where you’re going to be the next four years. Soak it all in. It’s not just all about Facebook, its everyday life.” 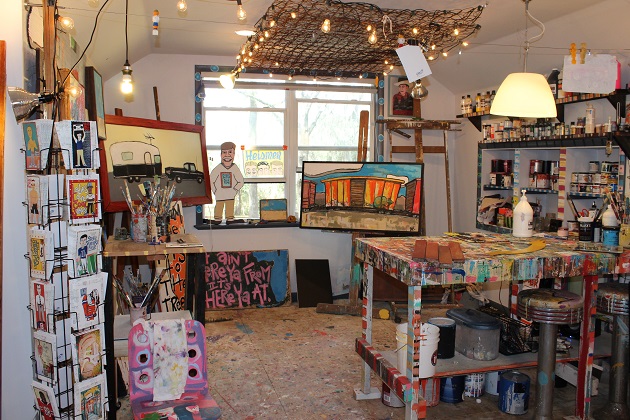 Former roommate and QB Eric Kresser first taught Bates how to paint on canvas. He always loved art and doodled but has never taken an art class. He paints primarily with acrylics but uses house paint too. He will dumpster dive if it means getting the right material for the project. He secured old wood from the popular Skeeters restaurant after it was torn down and used it as framing. Most of his commission work is sports related using big thick lines reminiscent of folk art.

His Heisman rendering is sold, and Bates is not looking forward to parting with it. He gets so attached that he asks buyers of his work to send him a photo once it’s in place. Gainesville resident Tucker Ryals commissioned a rendition of his home for a Christmas present for his wife, Ericka. The painting hangs center stage in their house on the fireplace mantle. The Ryals were overjoyed with the result, and Bates says, “I was so proud that it meant so much to them.” 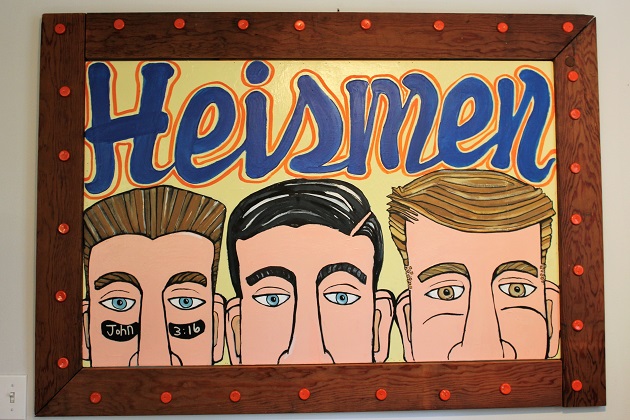 Growing up, Bates said a football career was expected of him. He’s the son of professional football coach Jim Bates and a PE coach mom.  It was something he wanted too. His dream was to play big-time college ball. With his own kids, Bates is more philosophical allowing them to pick their passion. Son Jake, 19, is a junior at the University of North Florida and is an avid fisherman. He watched Jake play football but didn’t see the passion he had for it at the same age saying “he was born to fish.” Both daughters are accomplished swimmers following his wife.

Bates still keeps in touch with Spurrier who recently called him after hearing about his wife and daughter in the news. Tina Bates is the head coach of the girls swim team for Bucholz High School and was recently recognized as its National High School Girls Swimming Coach of the Year. Both daughters are on the team and swim for their mom. Oldest daughter Talia, 17 and a high school junior recently committed to swim at the University of Florida. Spurrier called to let Batesy know he might just be "the third most recognized celebrity in the house now." 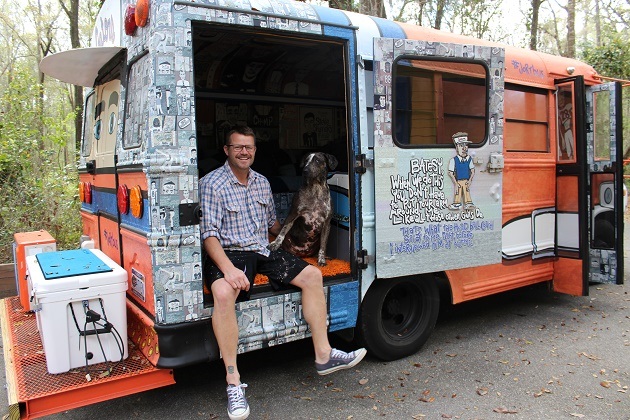 Bates is full of fatherly pride, and all that the city of Gainesville has given him. He says his college self would never have dreamed of this life, bigger than his college football days. So gratified with a fantastic family and a fulfilling career, and he gets to paint too!

Stay connected to Gainesville business news by registering with 352area. We cover things to do in Gainesville, and your registration is always free!